I just want to begin by extending my gratitude to you for supporting me financially, but more importantly, spiritually through these mission trips the Lord has sent me on. Each trip has taught me something different, and I’d like to share my experiences with you. As a reminder, I went to minister in three different locations: Guatemala, Jamaica, and Charleston, SC. 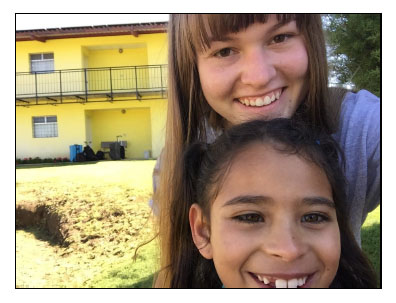 In Guatemala over my spring break, we (a group of 17 seniors from my high school and 2 teachers)
went to a place called the Oasis which is a home for girls who have been physically or sexually abused or have just never had a real home with someone to love them. About 5 or 6 of the girls had already had a baby, the youngest being just 11 years old. Two other girls had been saved from being sold on the black market for organ harvesting. Once the girls reach the age of 18, they move to a place called “Casa Ester” where they become more independent and learn how to make a living for themselves. The work we did during the week included leveling out dirt for concrete to be poured, digging up a stump, weeding, painting, and putting concrete barriers in the parking lot. Every afternoon after our work was done, we played soccer with the girls. My favorite part about the trip was how close we became with each other. The bond we created really showed when we went back to school the next week. 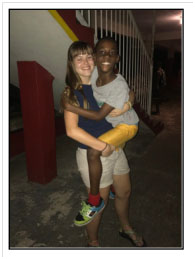 In Jamaica, a group of 12 from my church went to the Caribbean Christian Centre for the Deaf. CCCD has four campuses scattered across the island; we went to the Montego Bay campus. CCCD gives deaf children an education and provides them a safe place to live. The work we did included weeding, painting, cleaning, and moving gravel and dirt for concrete a later team would lay. Most
days after work, I would go and play soccer with the boys. My favorite part was seeing some of the same students I had met when I went 3 years ago in 2014. Some of them even remembered me! I got to show them pictures from my first trip that I had taken with them and their reactions were priceless. 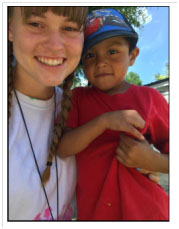 In Charleston, a group of 29 from my church, 23 youth and 6 adults, stayed at Charleston Southern University to participate in Mission Fuge. We were put in different groups, mixed with people from other churches, and were sent out to do construction, games & rec, or social, special needs, children’s, or elderly ministry. My group was assigned children’s ministry so we went to a trailer park and played with the kids that lived there. We served them lunch and told them a Bible story
every day. The little boy in the picture’s name is Dariel, and he is 4 years old. Ihave always done construction or yard work on mission trips so being with children really put me out of my comfort zone. However, I connected with Dariel when I met him and he was really special.

Thank you again for your prayers and support.