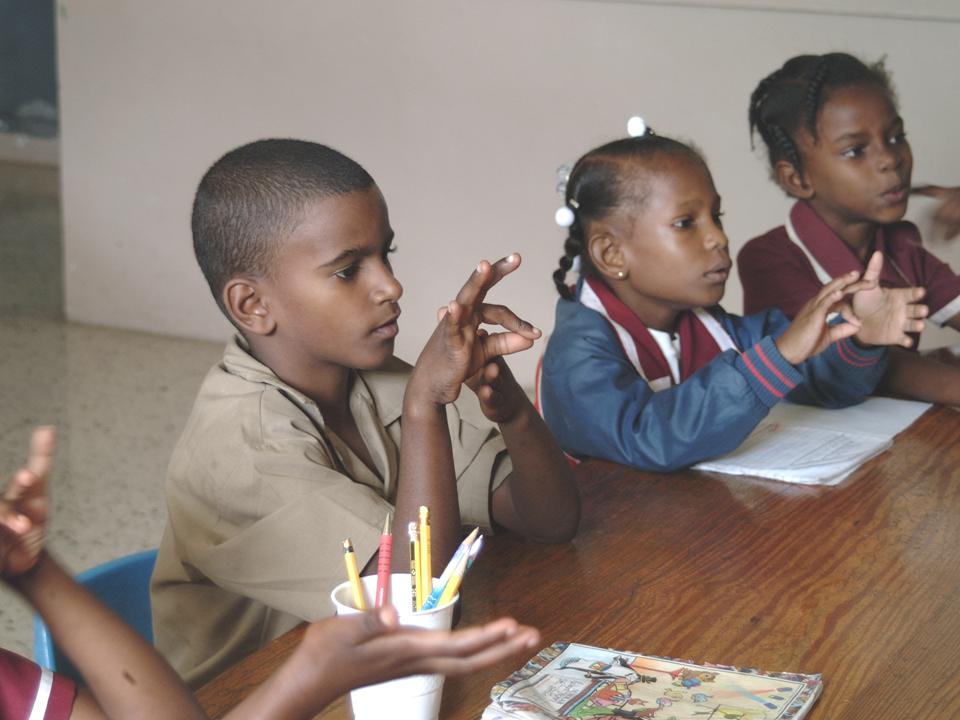 On June 14-21, 2014, a team of 37 youth and adults from Wake Chapel Christian Church we will be serving at the Montego Bay Campus of the Caribbean Christian Center for the Deaf. Our team will provide labor, mainly for new-construction, or other home improvement projects. The team will be at the campus while school is still in session so we will have much interaction with the students and missionaries on campus. A variety of fundraising efforts planned or been completed. The Wall-O-Money was very successful as was a fundraiser through Assaggio's Pizzeria. On March 22 we will have a Spaghetti Dinner followed by an Auction that will be a can't miss event.

Keep a look-out for more fun and interesting events to come!!

A Brief History of CCCD

The Caribbean Christian Center for the Deaf (CCCD) was founded in June of 1958 by the Reverend Willis Ethridge and his wife, Mildred, Christian missionaries from Ontario, Canada. In February of 1957, the Ethridges had been dispatched to Jamaica by the Ontario Mission for the Deaf, and started the Christian Deaf Fellowship Center in Kingston. In October they were joined by Paula Montgomery, an American, who was deaf herself. In June of 1958 the three missionaries were offered a one year lease of “Bethel,” a property located in Manchester Parish, Jamaica owned by the Open Bible Standard Churches of Iowa. This marked the official beginning of CCCD. The school opened with eight students and a staff of three. In September of 1962 the school moved to its present location in Knockpatrick.

Since that humble beginning, the CCCD has grown to three campuses, Knockpatrick, Montego Bay (1990) and Kingston (1994). Together these three campuses serve 130, 60, and 70 students, respectively.

In June 1984 God led the CCCD ministry to begin the development of the Jamaica Deaf Village on 100 acres of land. The JDV campus would eventually include a church for the deaf and a factory so the deaf can support themselves and apartments and small houses where the deaf can live and raise their families. It would take eight years before the first cement block was laid and ten more years in which many miracles of our God have been mingled with many trying circumstances until the first villagers moved onto the campus in July of 2002. On Wednesday, July 17, 2002, the first steam-bent wooden rocking chair was manufactured in the factory at the Jamaica Deaf Village.

The first church service was held at the Village on July 21, 2002. Rev. Gary Williams, who pla

nts deaf churches within the hearing churches of Kingston, led the first worship service. There were between fifty and sixty deaf present that Sunday. It has been delightful to watch the deaf worshiping, fellowshipping and growing in Christ Jesus.

Our God, who is able to do incredibly more than we ask or think, allowed CCCD to open another school in Jamaica through a generous gift of 7 ½ acres in Montego Bay on the 29th of August 1994. The land is on a lovely hilltop overlooking a section of the bay. There are currently 52 students at the Montego Bay Campus. 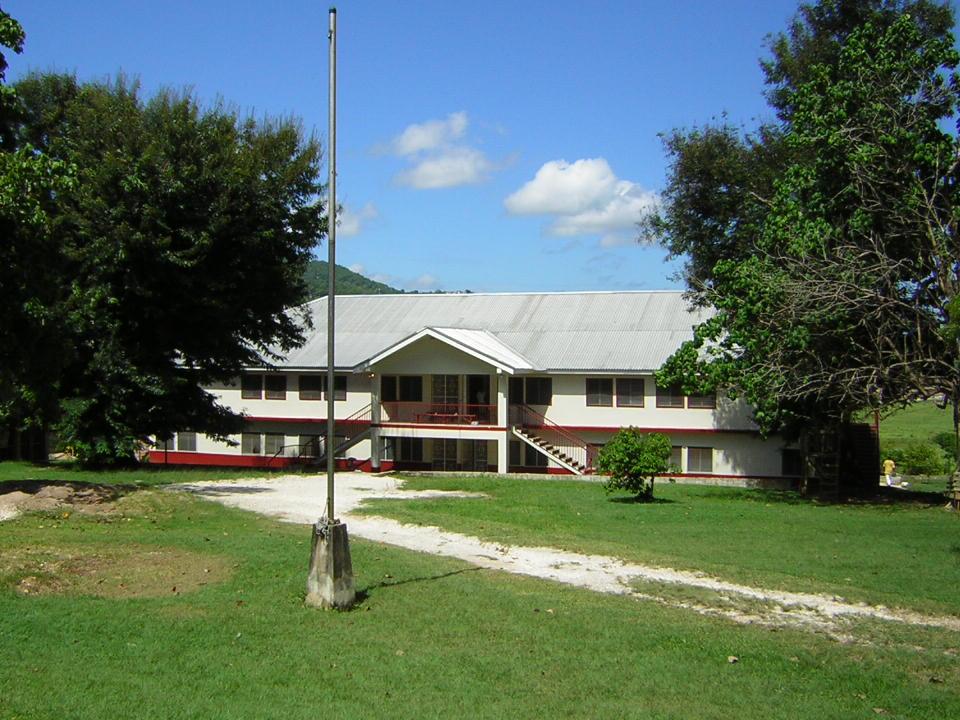 The Montego Bay campus of CCCD has a classroom building, administrative building, dorm, and two houses for staff. Construction continues on the classroom building and a vocational building. Construction is being done by volunteer church groups from North America who travel to Jamaica for one or two weeks. These groups sacrifice time, talent and funds to see more than just a building go up; they see the Kingdom of God furthered. These buildings are for deaf children who can be touched with the message of God.